Following our bcd CyberneticArt team contribution at the last year Virtual Exhibition @ VCFB 2020 (Details Page) we continue this year @ VCFB 2021 with the revealment of the newest exploration into digitality, by means of “Hidden [Digital] Data Structures” (© bcd team; WIP), of our CyberneticArt oeuvre and accompanying media archeological digitalization of our CyberneticArt Archive. Our principal interest was, and still is, in deciphering complex dynamic structures of "behaviour" of the Galois Fields, in particular GF(2), through visual and audible effects by usage of interactive [digital] computer systems applying the "Hidden [Digital] Data Structures Method" (© bcd team).
(bcd CyberneticArt team oeuvre:Artists' Talk/Lecture @ ZKM 2019 accompanying video)

This year premiere Interactive Virtual Exhibition (jubilee; a 50th anniversary of bcd team) comprises a thematic representative sample of our CyberneticArt works created with many generations of [un]conventional [Digital] Computer Systems we used and/or own[ed]/devised in our art, design and research projects by various modalities (more about). It is focused primarily on [Téchne-Lógos] Pixel and based on our "[Proto-][Digital][Post-]Pointillistic“ CyberneticArt Point of View Principle (© bcd team), showing hitherto our intensions in introducing and improving "pixel processes", "pixel graphics", "pixel sculptures", and "pixel installations". We tried to find “interconnecting link[s]” for all of our artworks. In “media archeological” approach, we used a “[sub]atomization” of each single artwork analyzing the key fundamental factors. One of our discoveries was: PIXEL = well known as any of the very small discrete elements (dots) that together constitute an image (form the picture), as on a television or digital screen, computer monitor, etc.

Starting point (Static Scientific Pixel) is to be found in the then (mid 1960ies) newly established “Laboratory for Cybernetics”, organizationally located in the “Department for Nuclear Physics” of the Croatian National Research “Institute Ruđer Bošković” (IRB | Zagreb). There, a historical encounter brought artists and scientists together. The organizers of [New] Tendencies(*), in their search for scientists and desire for creative cooperation in the Program “Computers and Visual Research”, came in contact with nearly 30-year-old Vladimir Bonačić (member of the Laboratory, already a respected scientist and computer expert, later in 1971 founding member of bcd CyberneticArt team) and aroused his interest and motivation. Already in his premiere artwork (“IRB 8-9” in 1968 @ t4 exhibition “Computers and Visual Research”) Vladimir transformed Static Scientific Pixel and invented out of it [Proto-Intelligent] [Interactive] Dynamic Graphic Artistic Pixel for use in art (more about).
(*)Link [New] Tendencies: "bit INTERNATIONAL"@ZKM 2008/2009 Accompanying Trailer

In the next year (1969), for the second part of the t4 exhibition “Computers and Visual Research”, Vladimir applied newly invented Dynamic Graphic Artistic Pixel for use in art(more about). He presented series of 15 own artworks and was awarded with the recognition prize of the International Art Jury of t4 (among others Umberto Eco as juror). Following years brought hitherto numerous artworks of Vladimir alone and together with bcd CyberneticArt team, resulting in additional pixel transformations and further Pixel Metamorphoses. The culmination was already in 1980ies with the invention of [Intelligent] [Interactive] Timeless & Spaceless Transcendental Pixel, by bcd CyberneticArt team, thus concluding with Seven Metamorphoses in the complete CyberneticArt œuvre (more about). 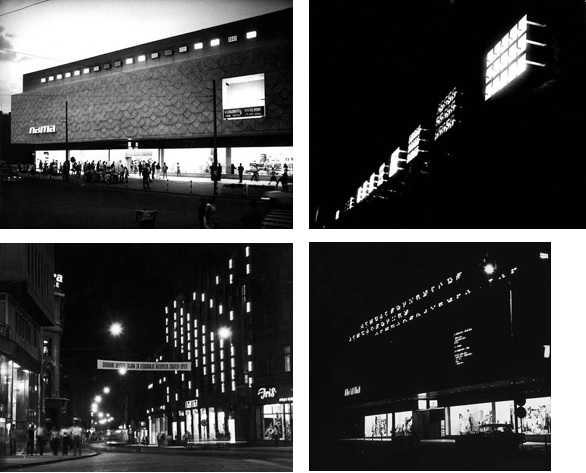 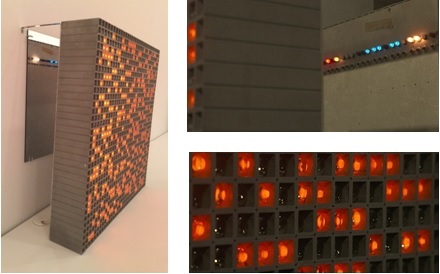 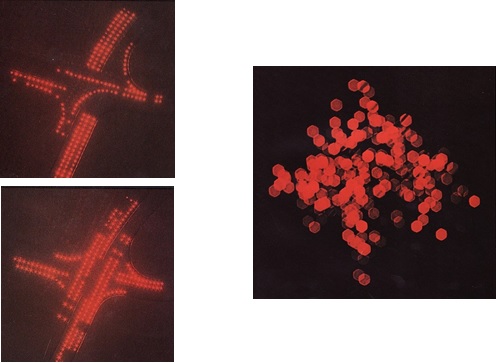 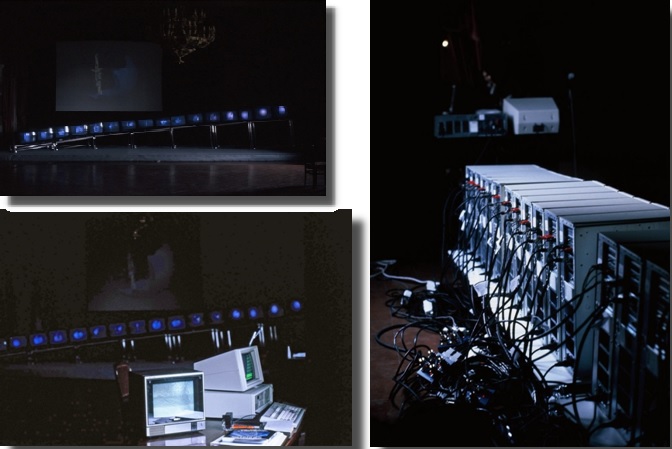 Exclusive world premiere exhibition was held at Academia Nationale dei Lincei, Rome, 1987 under the auspices of UNESCO and European Academy of Arts, Sciences, and Humanities on the occasion of The International Colloquium “The Scientific Dimension of Cultural Development”. Reprint of the accompanied paper “A Transcendental Concept for Cybernetic Art in the 21st Century”, published in LEONARDO, Vol. 22, No. 1, pp. 109-111, 1989, will be on disposal on demand for VCFB 2021 together with associated documentation “bcd Visions for Cybernetic Art” (published by Paris Art Center and European Academy of Arts, Sciences and Humanities, autumn 1987), site specific photo documentation of the exhibition, and short video by France [Régions] 3 (FR3) depicting Deskpros 386 "performing" VR “motion without moving”.