A common problem with collections - you're missing one piece to make it complete, but you just can't get your hands on that particular item. For me that's the case with my Sinclair collection: a ZX80 would close the last gap, but by now, prices for one are way beyond what I'm ready to invest. However, PCBs and kits for building a ZX80 clone have been available for some time now. So owning the functional equivalent of a ZX80 on a budget has come into reach.

Recently, I came across the Minstrel PCB from Tynemouth Software, which is now waiting to get assembled, together with all the required parts. So what better occasion than the VCFB to get this done, all the more so since the ZX80 turns 40 this year! The fun building this clone should well make up for the fact that it's just a replica.

So, in a nutshell: the goal is to assemble what's on below picture into something that's functional and behaves like a ZX80 during the two days of the VCFB: 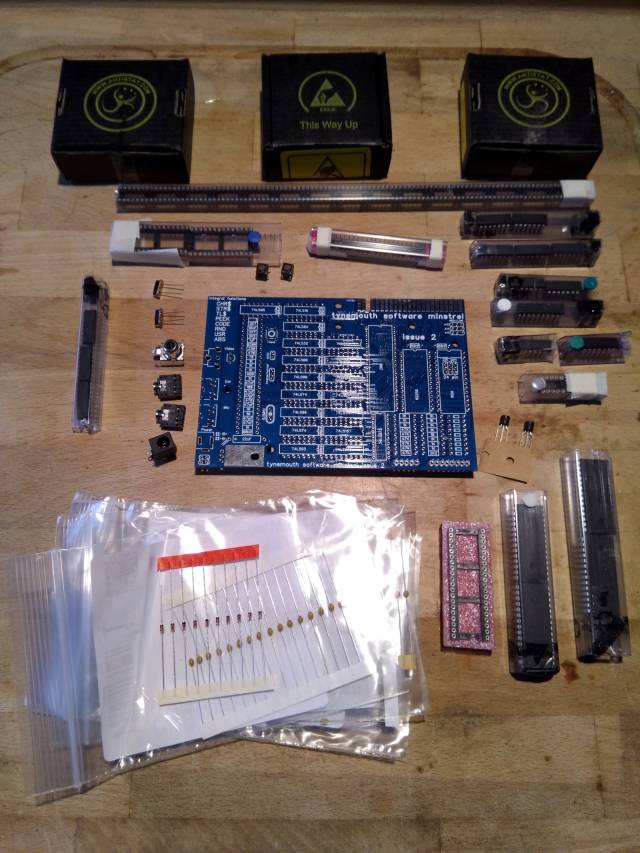 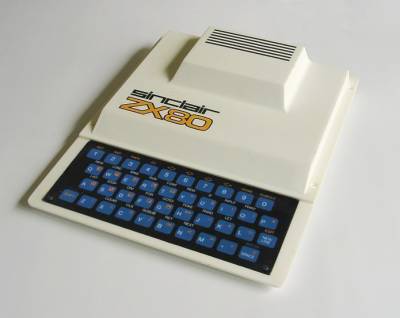 The circuit of the Minstrel by Tynemouth closely follows the original, with the exception of RAM -16KB are used- and the video output. The RF modulator is dropped and instead a composite video signal is output that can be processed by modern TV sets. PCB layout however deviates completely from the original. It's designed such that the board easily fits into the case of a ZX81.

The keyboard of the ZX80 consists of 40 switches arranged in a 5x8 matrix. I currently don't have a suitable keyboard for this, so I will be using a small keyboard adapter based on an Arduino Nano + MT8808 (8x8 switch matrix), which I've assembled already. With this, key strokes can be sent to the finished clone, either from a PC or a USB keyboard connected directly to the adapter. 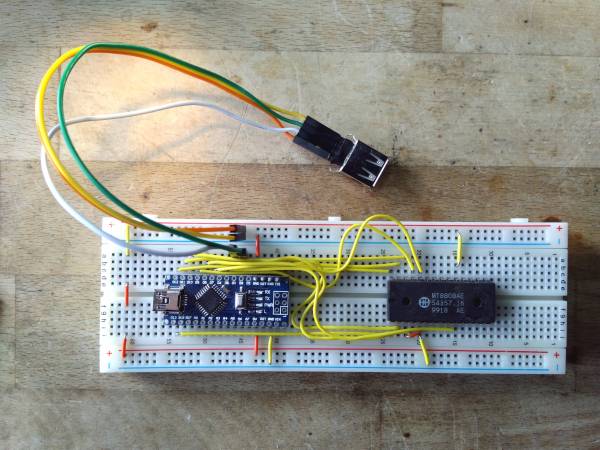 Update 18.10.: The software for this adapter is now available on GitHub.

I will most likely proceed in below order and keep signing things off here as I go along, so you can check progress here: 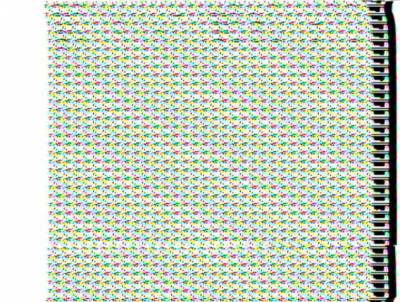 Today during the first day the question came up a few times about whether I'd thought about a case already. A 3D print of the original would be an option. Personally though, I prefer to reuse the cases of decommissioned devices in my projects, to give them a new life. Here for example is an old SCSI case housing a Sinclair ZX Spectrum. For the ZX80 I might be using the case of an old network switch. 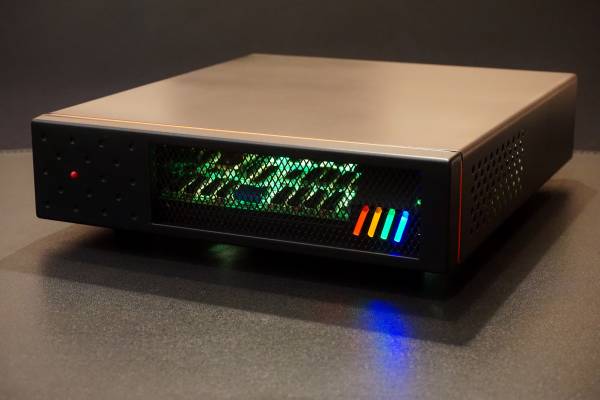 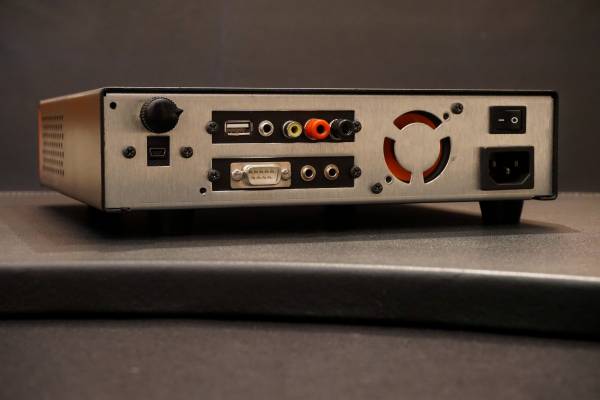 Update 10.11: I finally decided to use the case of an old ISDN modem, which has more space. 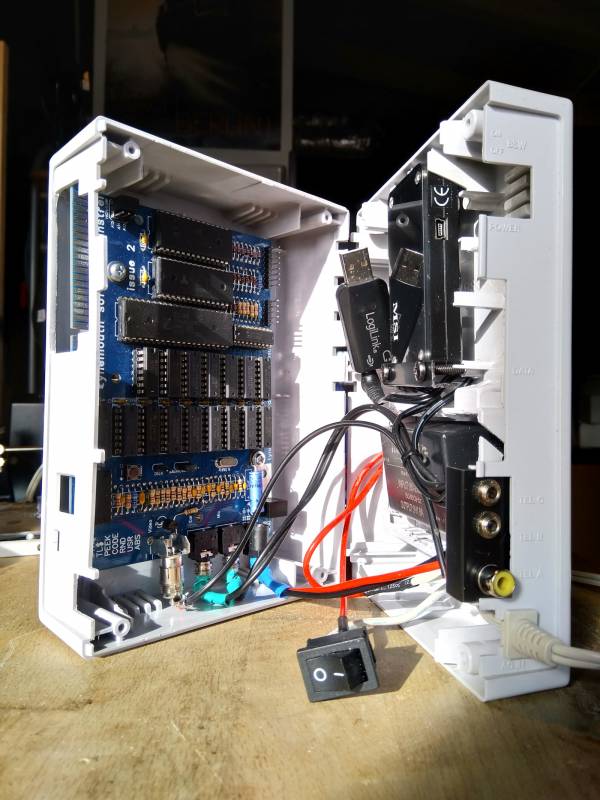 Update 18.12: Finally done! Everything's in the case - ZX80 board, keyboard adapter and a USB sound card, for saving and loading programs via the USB connection. 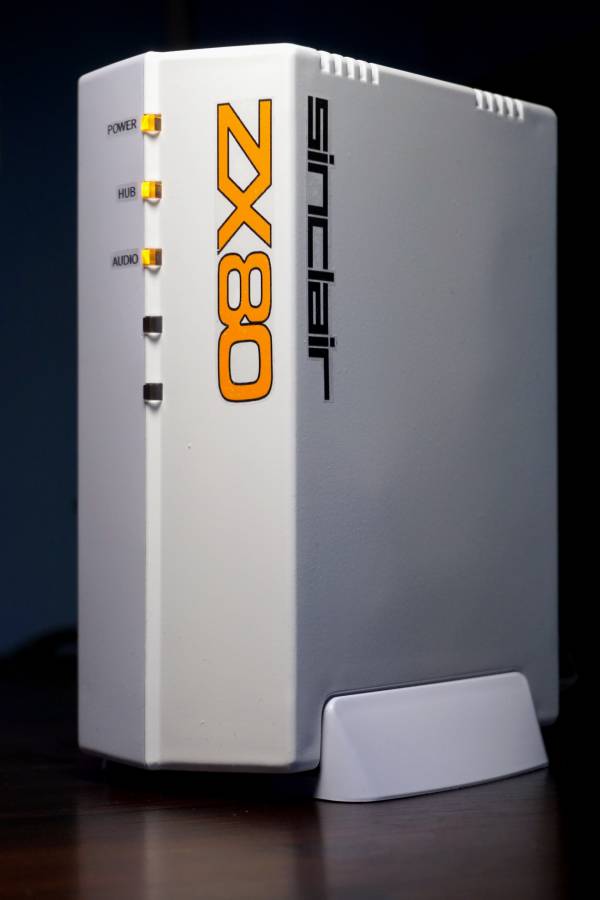 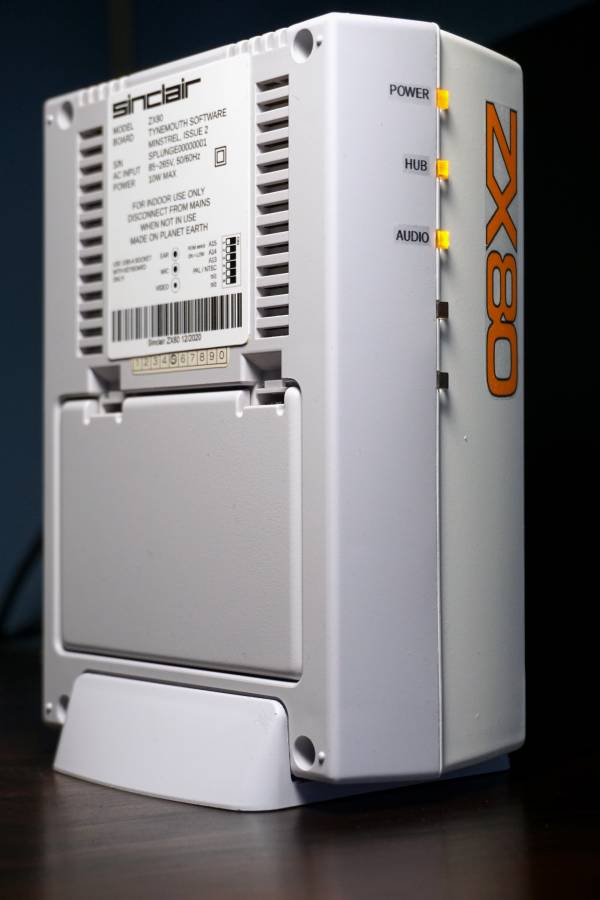 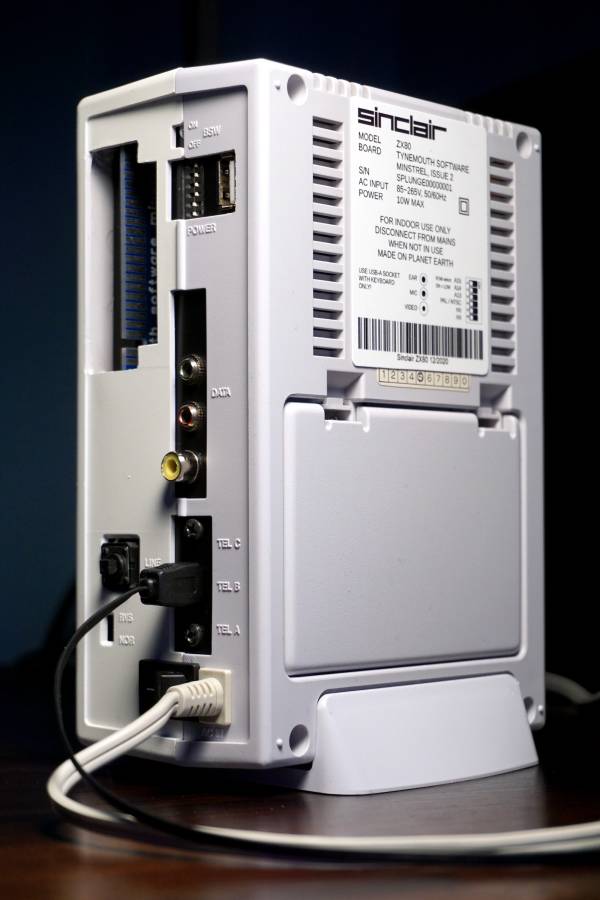 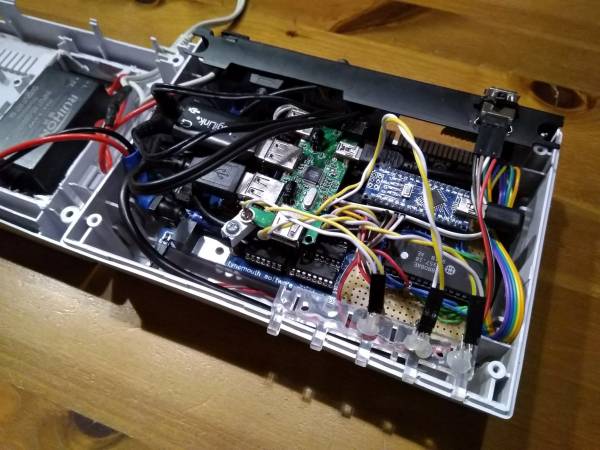